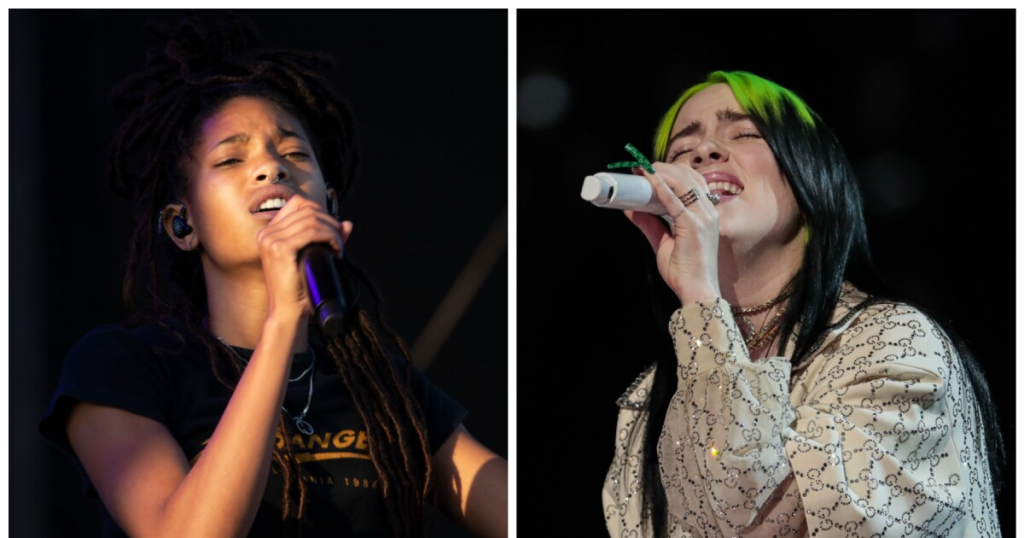 Versatile American music artist Willow Smith has announced her upcoming music tour with none other than Billie Eilish. The event will take place next year in the month of February and the tour detail is already out now.
The 2021 headlining fall tour already impressed the audience and they are looking forward to the next tour. The live tour has started on September 14th at The Observatory in Santa Ana, CA. It was followed by Thalia Hall in Chicago, IL on October 3rd and well Brooklyn, NY on October 11th.
The ‘Lipstick’ singer is now looking forward to her upcoming event in 2022 in support of Billie. The anticipation is high as the fans are going crazy already.
Willow announced that there will be two amazing nights at the Madison Square Garden in New York City which will take place on February 18th and 19th. Later on, she is planning to move to Forum in Los Angeles on April 8th.
The tickets are already available and mostly sold out as fans are quite eager. Previously, WILLOW has created a huge buzz in the music industry with her chart-busting album ‘lately I feel EVERYTHING’ that consists of eleven amazing tracks.
The album also features Avril Lavigne, Tierra Wack, Travis Barker, Cherry Glazer, and Ayla Tesler-Mabe showing a diverse approach in her musical content. The artist said, “lately I feel EVERYTHING is a musical expression of trying to perceive both joy and pain through an equally compassionate and playful lens.”
Not to mention but, her pop-punk release from the album ‘Lipstick’ created an explosion among the listeners which is further carried by the track, ‘t r a n s p a r e n t s o u l feat. Travis Barker’. The track has gathered more than 145 million streams generated by her fans across the world.
Currently, the fans are looking forward to what this artist can offer while performing along with Billie Eilish as both of these young singers have created a new wave of pop and contemporary music in the industry.
lifE tour dates from 10th February 2022 and onwards
Feb 10 – Bryce Jordan Center – University of PA
Feb 12 – KeyBank Center – Buffalo, NY
Feb 13 – Wells Fargo Center – Philadelphia, PA
Feb 15 – Centre Bell – Montreal, QC CANADA
Feb 16 – Scotiabank Arena – Toronto, ON CANADA
Feb 18 – Madison Square Garden – New York, NY
Feb 19 – Madison Square Garden – New York, NY
Feb 20 – TD Garden – Boston, MA
Feb 22 – Prudential Center – Newark, NJ
All of the tours taking place in February will be in support of Billie. Stay Tuned to know more!
Copyright © 2022 DailyMusicRoll.

Spread the love Lethbridge police say an eight-year-old boy was injured on Wednesday when a loose dog bit him in the face. The boy was attacked while attending a summer camp in the yard of Dr. Gerald B. Probe Elementary School.   Police say two dogs were "loose and unattended" in the yard at around noon,…

ITV’s The Voice UK 2022: How to watch the semi finals – Edinburgh News

Spread the loveSubscribeWaterloo Road revival: BBC confirm release date of 11th series – how to watch, where it is filmed & cast listShane MacGowan: The Pogues and Fairytale of New York singer rushed to hospital – wife gives new health updateITV’s The Voice UK 2022: How to watch the semi finals ITV’s The Voice UK…